Be part of #BAPFF2016
The 3rd Brisbane Asia Pacific Film Festival (BAPFF) is here! With cinema from Russia to Australia, Turkey to Japan – just to name a few, #BAPFF2016 features more than 80 films and thousands of amazing characters. What part will you play? The script is written, the set is Brisbane, the cameras are about to roll, all is needed is for you to play a part. BAPFF is your film festival, check the program, find something you like… and ‘action’.

The Festival is officially associated with the Asia Pacific Screen Awards (APSA), a unique international collaboration with UNESCO and FIAPF-International Federation of Film Producers Associations, that celebrates the best in Asia Pacific cinema. BAPFF provides a rare chance to experience a great selection of the APSA nominated films each year.
Home to 4.5 billion people across 70 countries and areas, the Asia Pacific is the fastest-growing region for film production in the world, responsible for approximately 50 per cent of new cinema. The Asia Pacific stretches across a vast and varied part of the globe, extending from Egypt in the west to the Cook Islands in the east, and from Russia in the north to New Zealand in the south. Cinema provides a fascinating window into the lives and cultures of our region.
Tickets and Passes on sale now! Take a look at the incredible program here, sure to enchant, electrify and amaze. 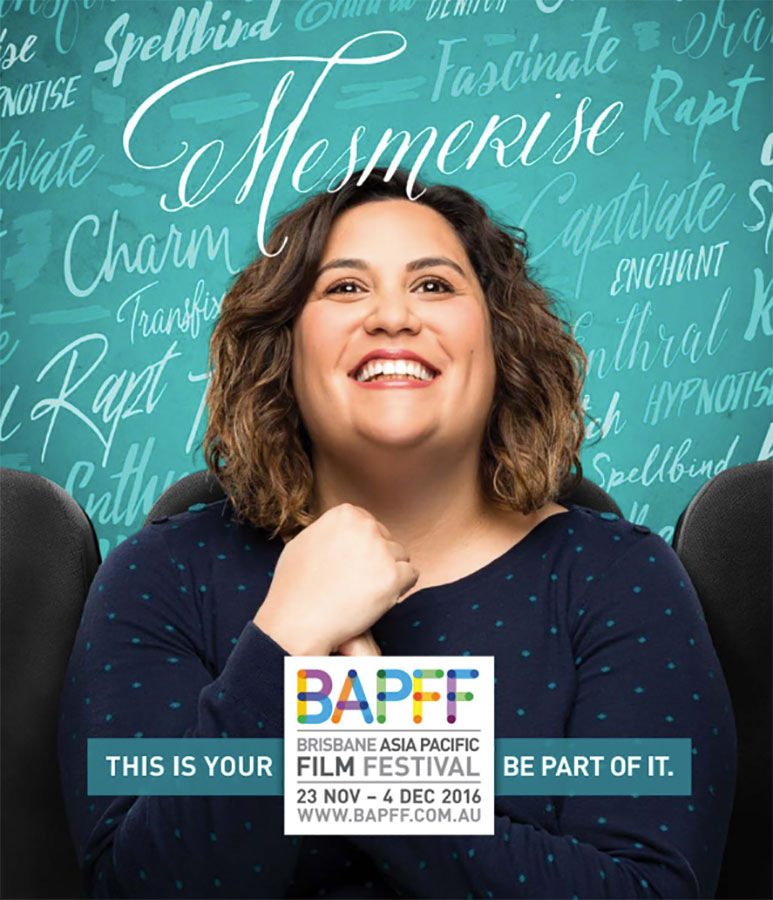