FOR THE LOVE OF COOKING 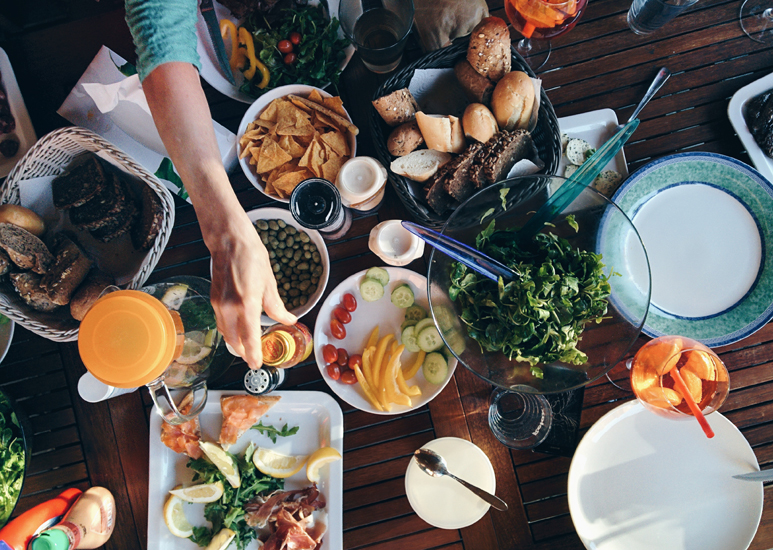 In the land of frozen meals and drive thru’s, when is the last time you stopped to smell a homemade moussaka?

A whole generation of people have grown up eating store bought frozen meals and it has become a norm for many families. But the winds are changing and with more cooking shows on Free to Air TV than frozen fish fingers in a packet (approximately 40), people are starting to cook for pleasure again, rather than turning to the fast food that is so readily available. 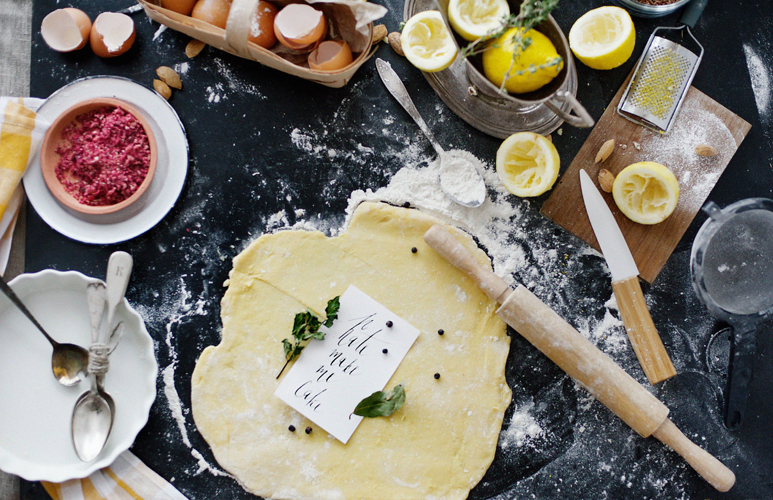 Back in the day, we relied on our mothers

I always think of this story my mother tells me about her taking my older brother to the post office to call my grandmother and get instructions to make lunch. It was the early 80’s, my parents just moved to a new city and they didn’t have a phone line. My mother was cooking a stew but didn’t know the recipe. With no internet at her fingertips, she headed to the only place with a phone to get some much needed cooking advice.

How times have changed!

Remember in 1989’s ‘Back to the Future 2’ when they put a tiny dehydrated pizza in an oven-thing and a few seconds later a big pizza comes out?

Turns out they really were predicting the future - well, sort of.

Welcome to the 90’s, where pop music really gets going, technology is on the verge of greatness and fast food replaces real food!

Frozen meals, A.K.A. TV dinners, A.K.A. some sort of pasta with a red, generic sauce in plastic or aluminium trays, became a popular go to meal for many families. 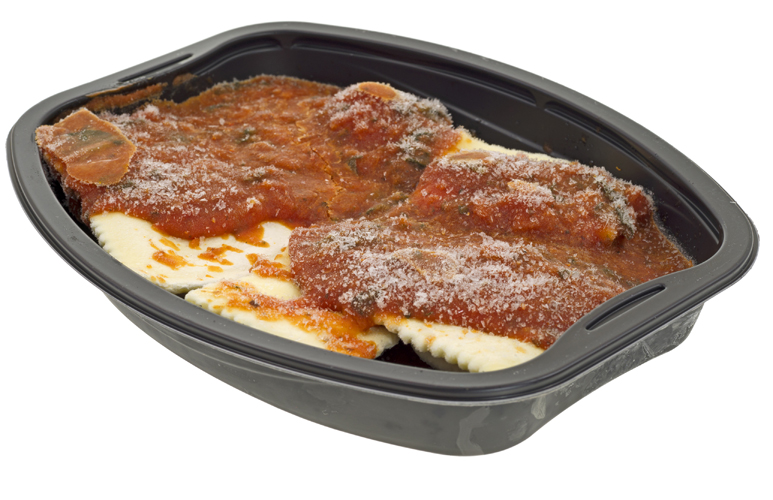 People were suddenly presented with faster options for dinner and this was widely being portrayed in popular culture, helping spread the word that cooking is out and microwaving is in!

Families went from having to make every meal from scratch to popping a “wholesome” meal into the oven and getting on with life.

So a quick way to feed the family was fast becoming an attractive notion.

And life itself was getting faster. Women have been fighting for equality for decades, they were working full time, they were building careers and the family dynamic was changing. 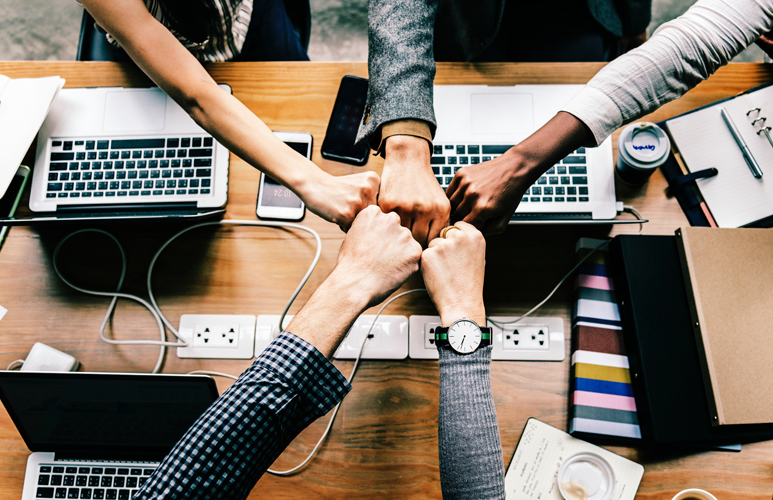 But with that evolvement, something had been lost. You only have to watch my favourite show of all time, ‘Come Dine with Me’, to realise that there were now people in the world that didn’t know what artichokes were. 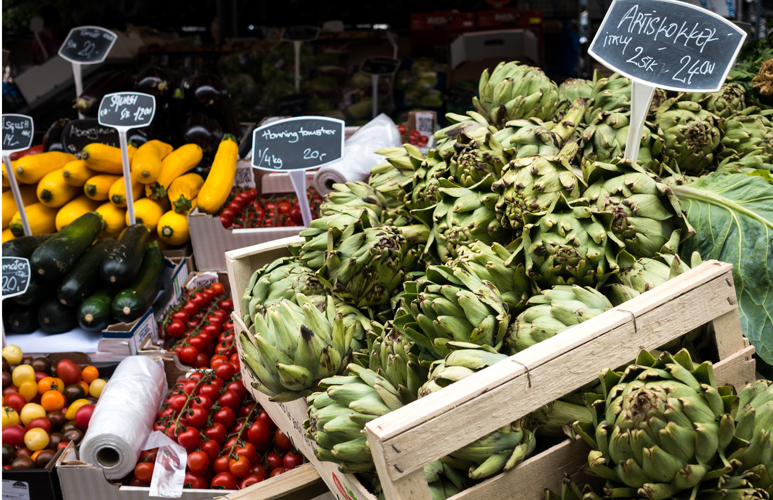 A change is coming

Now here we are, well into the 21st Century and a change is coming. The TV dinner era is over. People are starting to recognise that real food is an important part of life.

What ‘Huey’s Cooking Adventures’ started in 1997, many shows are now running with. We are in the 10th season of ‘Masterchef Australia’, the ninth season of ‘My Kitchen Rules’ and a spate of new cooking shows have been created in the last decade. 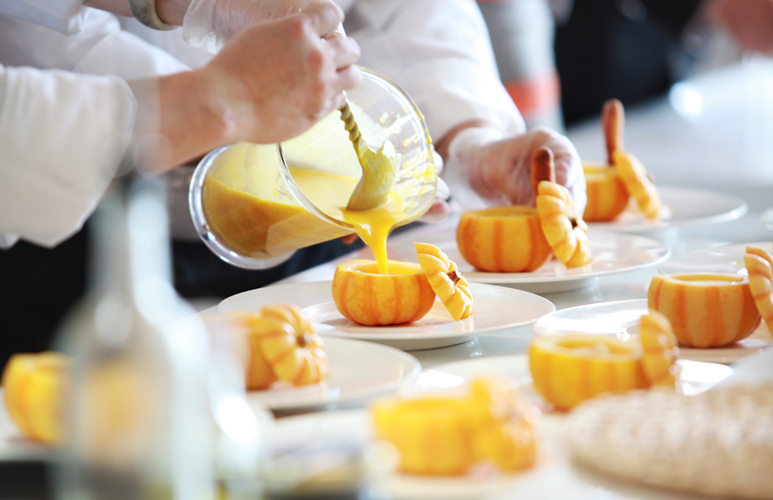 Thousands of people are applying to these cooking shows. Everyone now wants to be a chef or live out their own food-van fantasy. Watching Masterchef recently, I was so surprised by the talent that these contestants possess.

They are given a choice of ingredients: Chicken, orange, garlic, fennel, fish sauce, sweet potato, a paperclip, a spatula.

You know what I would make? A trip to KFC.

But these kitchen MacGuivers are making some phenomenal things, they are grilling and frying and battering and dehydrating. They are making things that I couldn’t even imagine in my head.

And the desserts, oh the desserts! The smoked cherry ice cream, the chocolate mousse straight from heaven, the spherical, glazed, puffs of delight. And Masterchef’s favourite form of delicious torture - the infamous crockenbush! 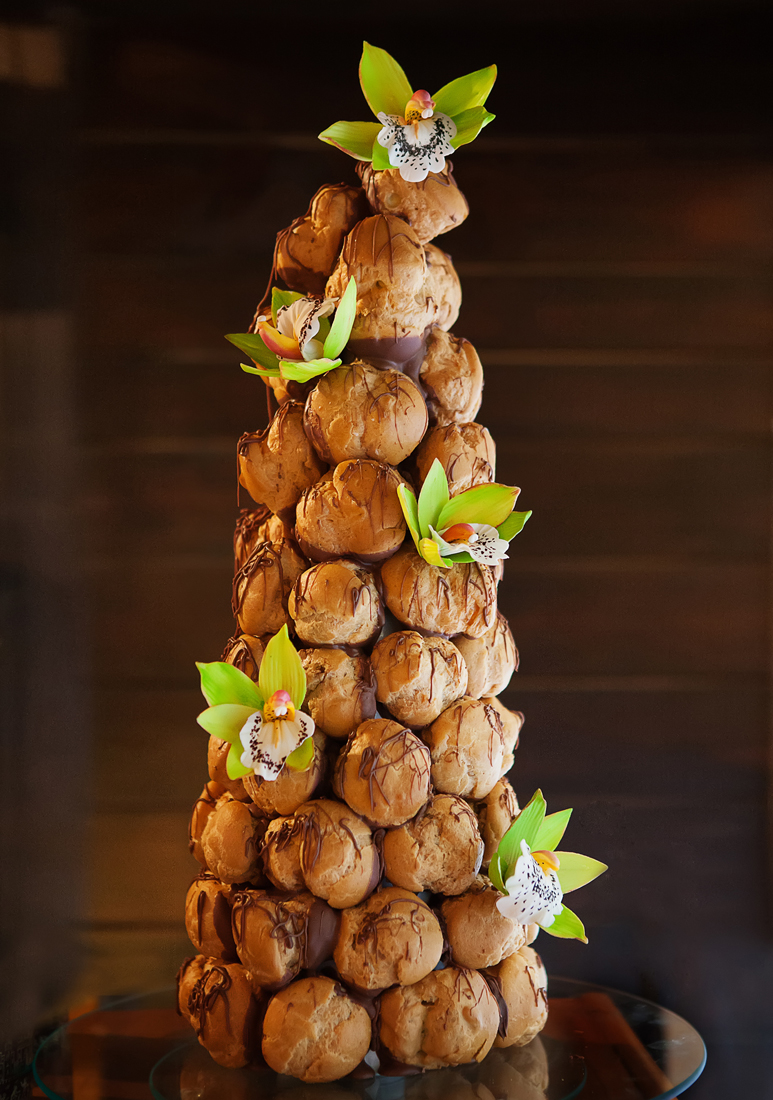 And all created by mere mortals! Just like you and me!

These contestants have become an inspiration to a whole country and a new generation of people, they have reinvented the way people are looking at food.

Even I am much more likely to make my own pasta sauce these days, instead of reaching for a jarred option. And many people are even brave enough to make their own pasta! 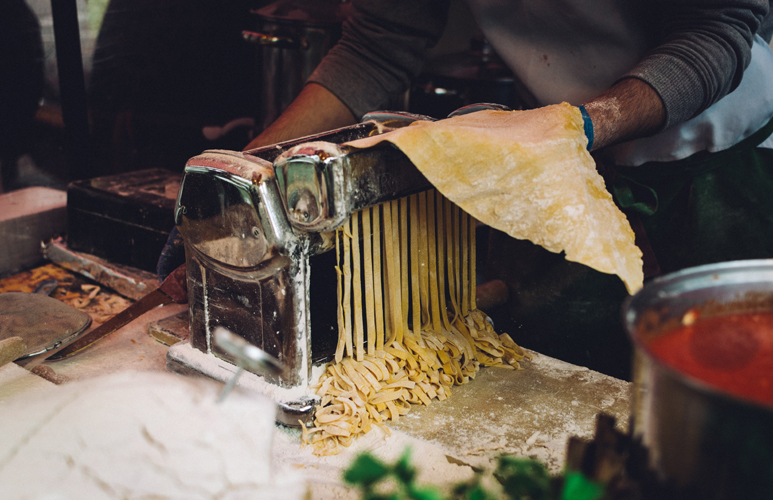 It’s not just cooking competitions that have us inspired, famous chefs are all the rage these days. We've been absolutely captivated by cooking programs like charming-even-with-a-lisp Jamie Oliver’s ‘15 Minute Meals’ (don’t be fooled, it’s 15 minutes after 3 hours of prep), I’m-angry-and-I’ll-tell-you-why Gordon Ramsey’s ‘Hell’s Kitchen’, and check-out-my-curvy-chocolate Nigella Lawson’s many TV shows. 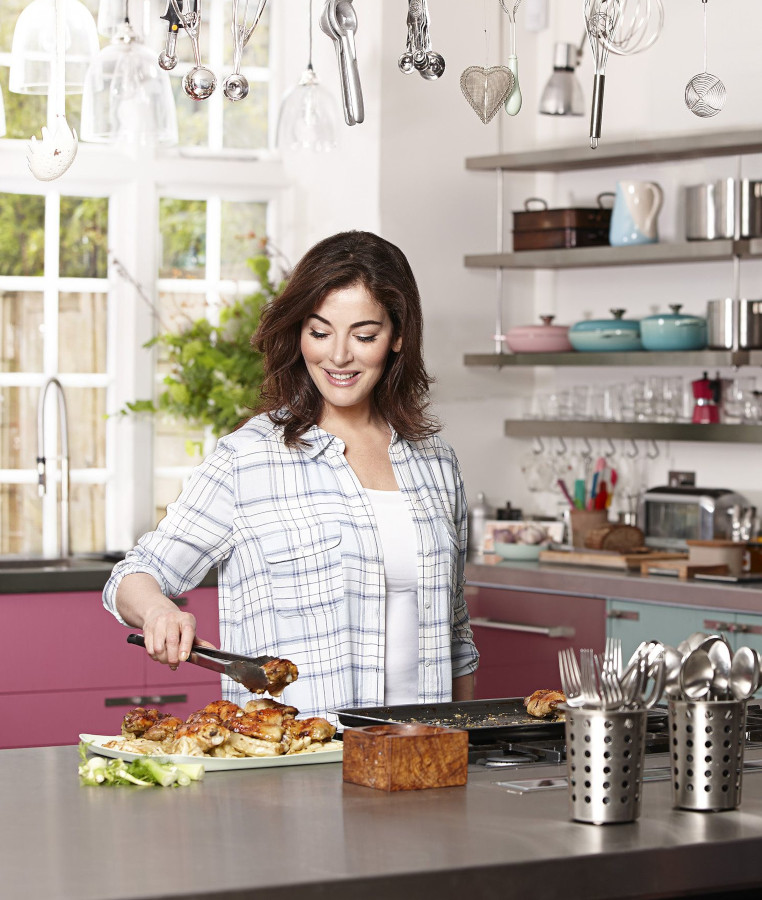 Image from The Happy Foodie

A whole generation has been captivated and motivated to get off their butts and try and make the mussels with the marinara sauce and couple it with the homemade bread *drooling*. 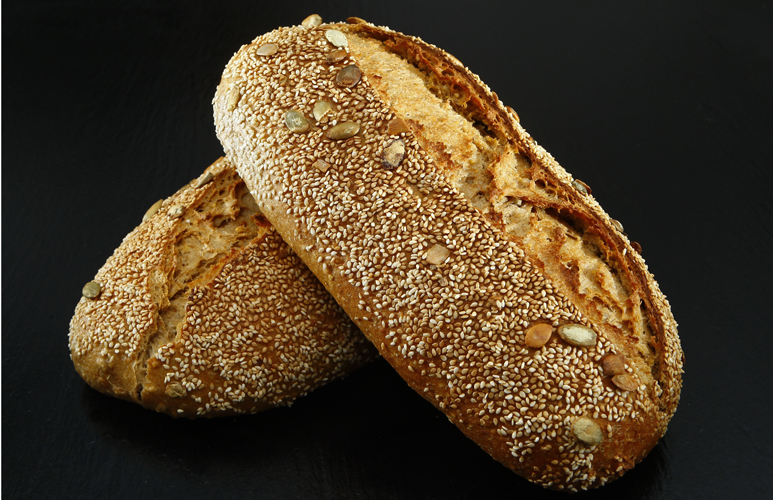 Australians have taken to liking cooking shows so much that in 2015, SBS did us all a favour and launched the first of it’s kind, the free-to-air, the one, the only, the Food Network!

With all this new exposure and influence, people are realising that it’s really not that hard to make your own meals. It’s a little more time consuming, yes. But in the same time you would get a pizza delivered (which can take an abysmal 45 minutes), let’s face it, you could easily make tacos.

A new movement is emerging towards real cooking and reducing the processed foods in our diets, shopping from real farms with real crops and real animals. Eating in restaurants with chefs renowned for sourcing sustainable food. 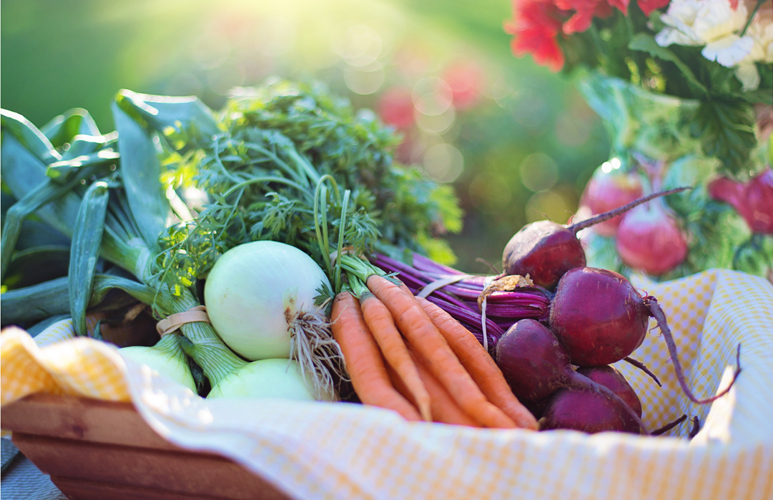 Cooking has become fun again. It has livened our imaginations, we are thinking not just about cooking lamb or steak but will we use rosemary or thyme or lemon rind to enhance the meat?

The future is looking bright and smokey and delicious. So be part of the change. Be the change. And enjoy every, tasty, bite! 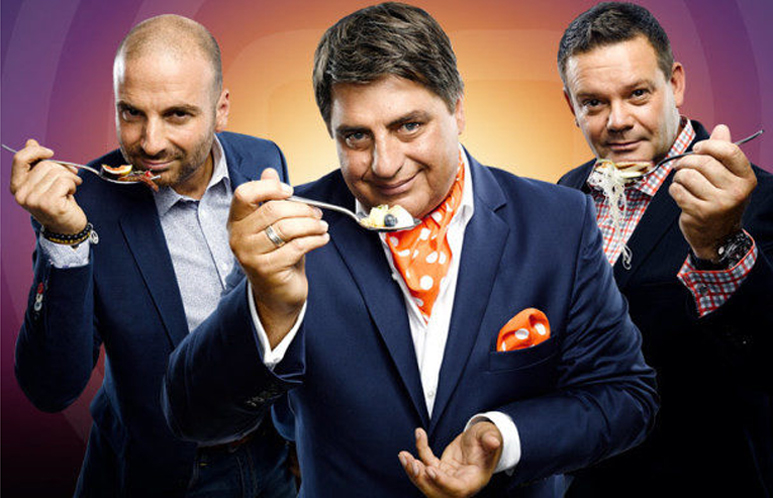 Frolicking in the ocean and sipping on a cool beverage is how life was intended for Billi. An avid traveler and dabbler in creative expressions, Billi has tried it all – singing, make up artistry, photography and cross-fit coaching – wait, what?

Billi has loved writing since Hotmail accounts were cool, her 15 childhood diaries will attest to that. Years of practicing terrible poetry and managing her own teenage emotions have shaped Billi's passion for writing her stories and experiences for her few social media followers.

Adoring her young family and loving her close group of friends, Billi is planning on writing all about her upcoming overseas adventures as soon as the kids are old enough to appreciate all the effort it takes to travel with them.