Top 20 Best Heroes of all Time

A Good Guide Dedicated to the Brave and the Bold 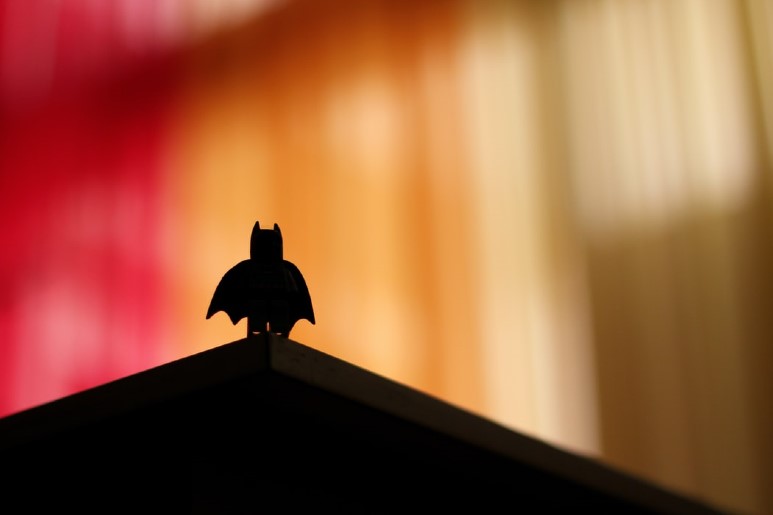 They say that everyone is the hero of their own story, and these guys are no exception. The best of the best often shared a lot in common with each other, from their limitless bravery to their feats of selflessness, but each do so in their own way as you’ll see her, and by doing so, they inspire us to be good and better than what we’re capable of. So, let’s take a look at some of my favourites, shall we? 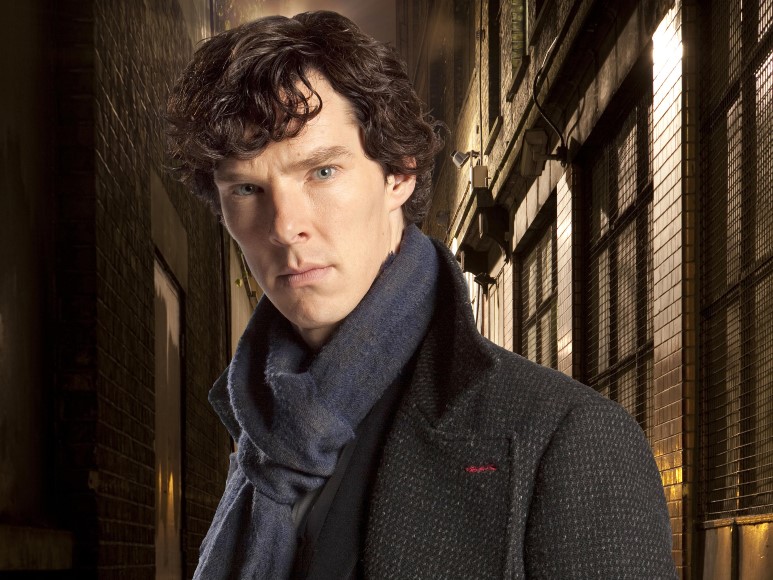 Known as the greatest detective in literary fiction, Sherlock uses his skills in deduction and inhuman problem solving to solve seemingly impossible crimes with only the smallest and most insignificant of clues. And yet, despite his reclusive lifestyle, behavioural habits and antisocial ways of communication with those who are meant to trust him, he’s proven successful time and time again, no matter how complicated the problem at hand is and no matter what century he’s featured in. 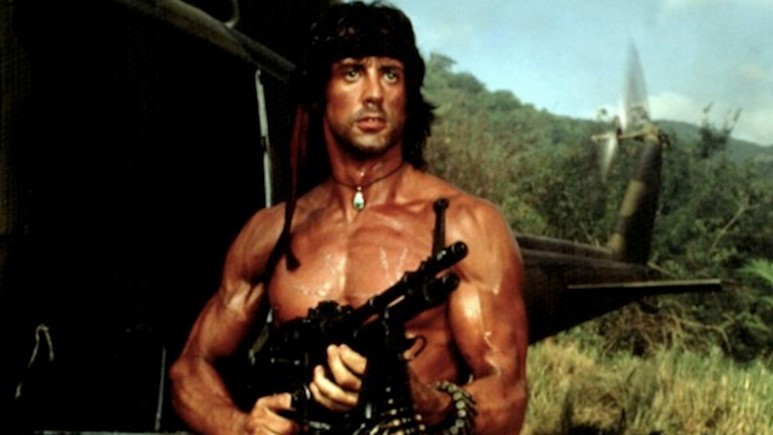 A classic example of one man doing the right thing against all odds. Whether he’s been framed, left for dead or hopelessly outnumbered, John Rambo manages to keep on fighting the good fight against corruption and tyranny, while always helping those in need when it matters most, no matter who, where or how much ammunition he has in those massive guns of his, if you catch my drift. 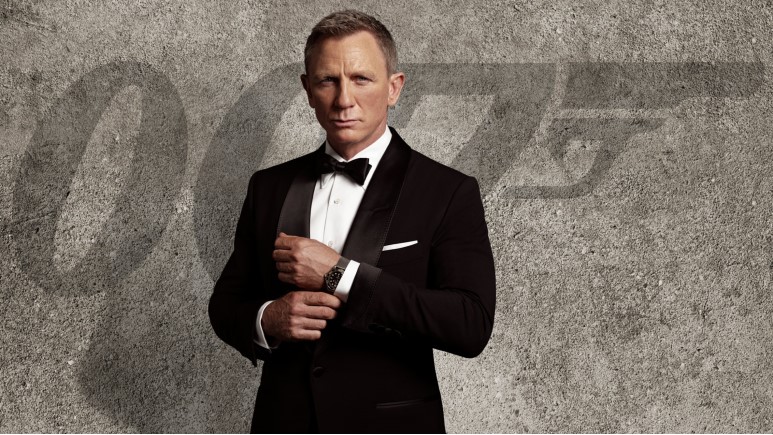 Armed with a licence to kill on behalf of his majesty’s secret service, this MI6 agent may seem like the template of a super spy with a thing for the ladies. But when it comes to taking down clever thieves, right mand men with odd abilities or world-conquering masterminds, James Bond, no matter how many faces he’s worn in his career, will stare into the barrels of death and emerge victorious, sometimes with a freshly-shaken martini in his hand. 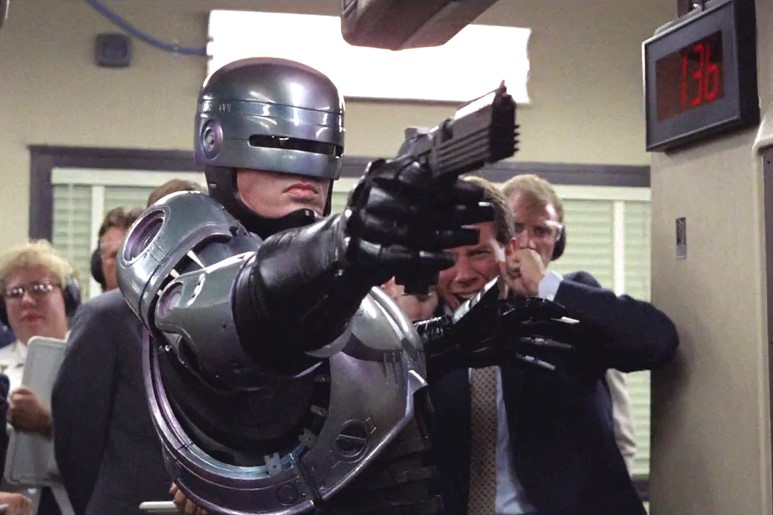 “Dead or alive, you’re coming with me.”

Not even death could stop police officer Alex Murphy from getting the job done. Reborn as a cyborg, RoboCop is a one-man army against a seemingly endless war on crime. Even without having morals programmed into his body, he’ll still fight for the innocent and against corruption, even going after the greedy corporation who helped funded the creation of his body. In other words, nothing will stand in the way of this half-man, half-machine, all-cop defender of justice. 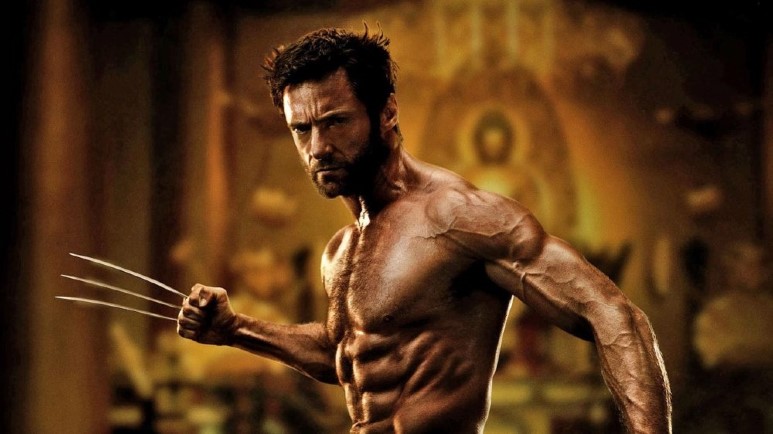 One of the best anti-heroes in comics and film, Logan is a reluctant mutant hero who has dealt with his own immortality and the demons of his past for his entire life. But after joining the X-Men, he soon found his place and purpose in life, fighting for a future of peace for both mutant and human. And yet, despite his violent nature and the claws on his hands, Logan has cemented himself as the face of the X-Men and as the face of hope, whether he wants to be or not. 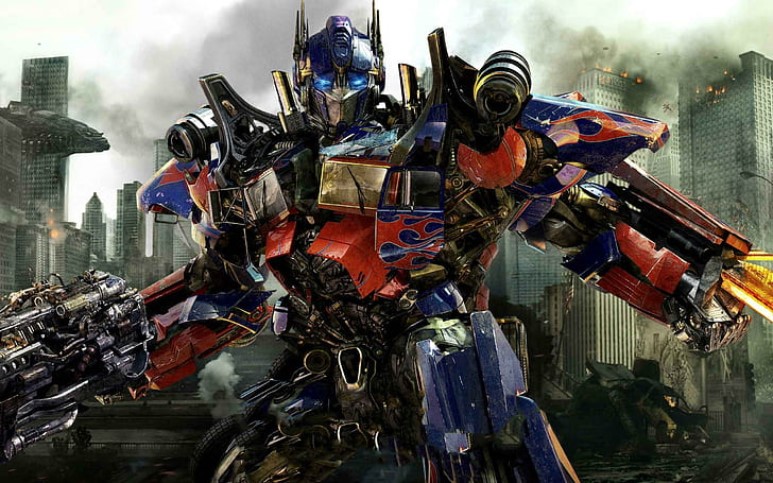 “One shall stand. One shall fall.”

The most pure (hearted?) robot of all time, Optimus Prime always leads the charge against the forces of evil, on both his home planet of Cybertron and on his new home on Earth. He will fight honourably and will never resort to sacrificing the innocent in his quest to save humanity from the never-ending war between the Autobots he leads and the Decepticons he fights. Truly, he’s got the touch; he’s got the power. 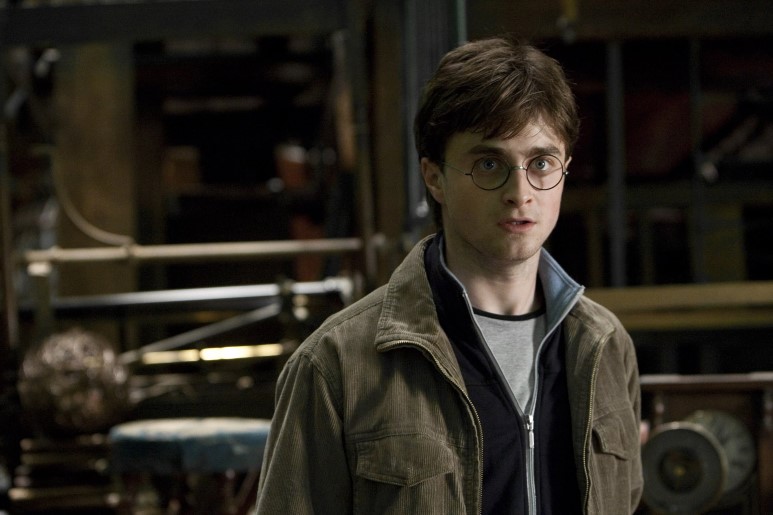 ‘The Boy who Lived’ started out as a freshman at Hogwarts School of Whichcraft and Wizardry until, years later, he became the symbol of hope against the forces of evil led by ‘He who shall not be Named’ (aka, Voldemort). While not as powerful or skilled as other wizards in the franchise, his bravery more than makes up for it, especially when he’s able to stalemate Voldemort in their final clash to the death, and achieving peace for all when the battle was finally over.

Able to reach impossible speeds on a daily basis, The Flash is the fastest hero in comic book history, no matter who wears the iconic red suit. Tragic and coincidental backstories aside, he has proven himself time and time again, whether it’d be racing Superman or actually time travelling, The Flash always aims to put people first in the race of morality. And when you do confront him, he’ll have victory in hand as quick as a flash. 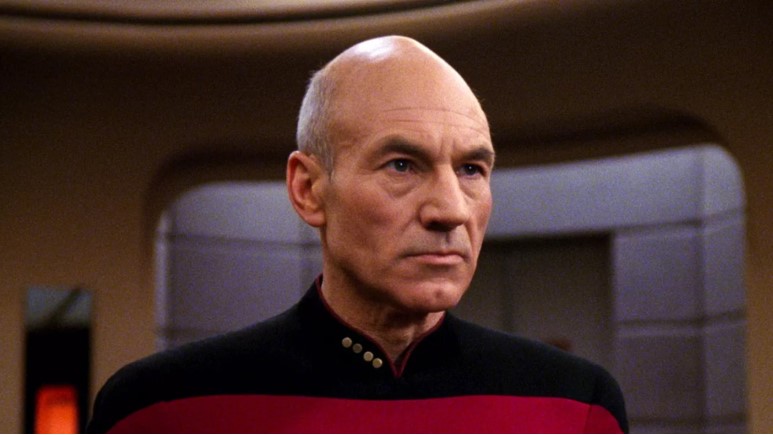 “Things are only impossible until they’re not.”

In my opinion, he’s the most badass of all the captains to ever pilot the USS Enterprise. Able to go up against intergalactic threats with a calm, cool and collected attitude, this captain bravely leads the charge to fight for the safety of all civilisations and even the crew of his own ship that shares his loyalty. If there’s anyone you want with you on the front line defending the final frontier, it’s this guy. 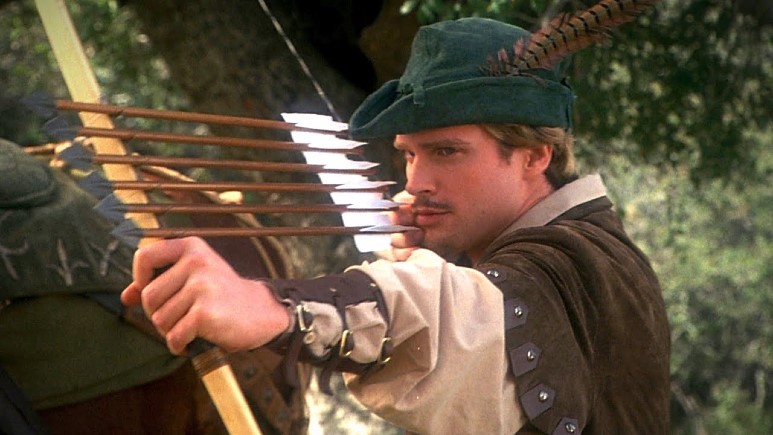 “We steal from the rich, and give to the poor.”

Being hunted down by a corrupted kingdom will do things to you. In Robin’s case, he started living in a forest, wears Lincoln green clothing on a daily basis and recruited several men to do the same thing, but with one goal in mind: to fight against tyranny and give those who are oppressed the hope they need. Whether he’s pulling pranks to send a message to his enemies, or if he’s saving those he cares about from fates worse than death, Robin Hood is considered to be the ultimate hero in all of folklore. 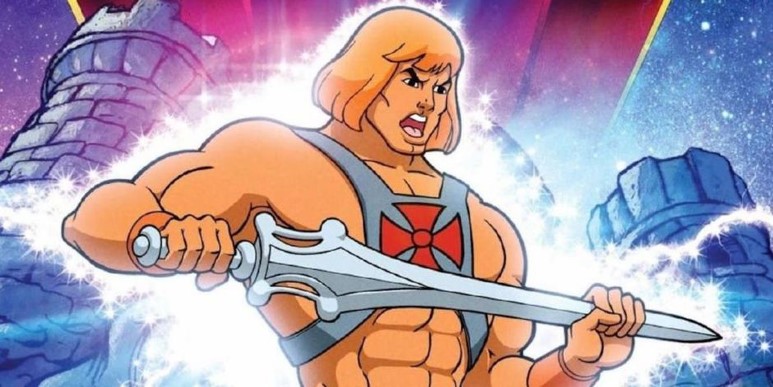 📷: He-Man (He-Man and the Masters of the Universe TV Still)

“By the power of Grayskull, I have the power!”

A clumsy prince by day, and a brave hero by the time evil arrives, He-Man calls upon the power of grayskull through his trusty power sword and proceeds to dominate any and every encounter he’s ever faced. Achieving impossible feats similar to what Superman can do, and even going toe-to-toe with the caped hero himself, there is no limit to what He-Man can do to protect his home and his universe from those who say otherwise. 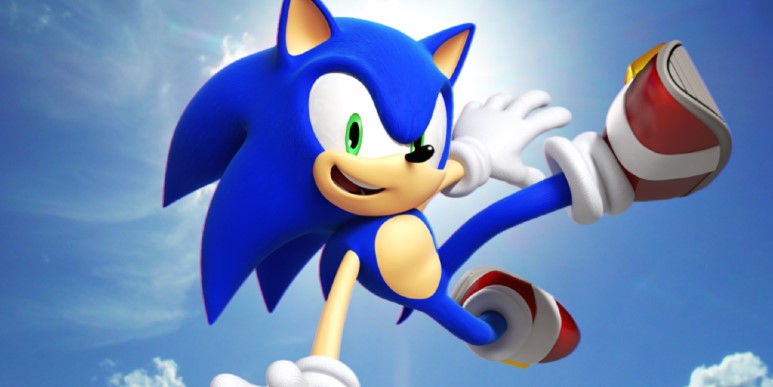 A rebel without a speed limit, the infamous blue hedgehog stands up for his friends against all odds, while doing so in style. From egg-shaped mad scientists to world ending threats by supernatural and cosmic beings, Sonic has proven himself to be video game’s greatest hero, for humankind and those like him, and to those who’ve supported his franchise for decades. No matter how fast or slow, we’ll live and learn to love this blue hedgehog. 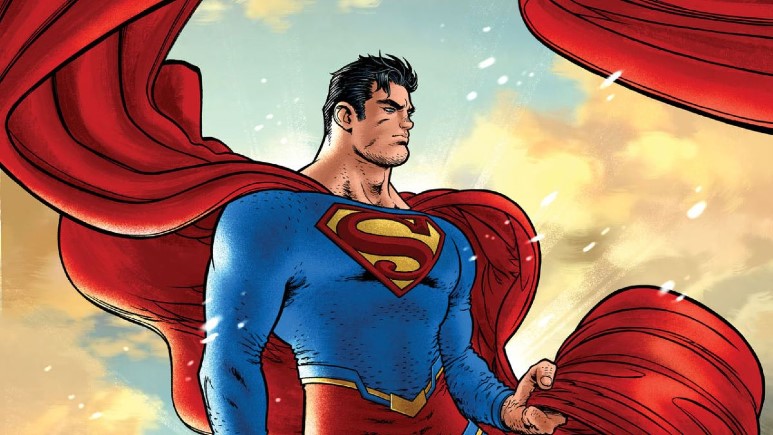 “For Truth, Justice and the America Way.”

The most well-known and iconic superhero of all time, superman is someone that even other heroes look up to. An outcast from a destroyed planet, this Kryptonian grew up among us humans, where he learned about what makes humanity what it is and what inspires us to reach our potential every day. And when he dons that red S ,that red cape and (sometimes) those red tights, he’ll be there to show us that no matter what, there will always be hope. 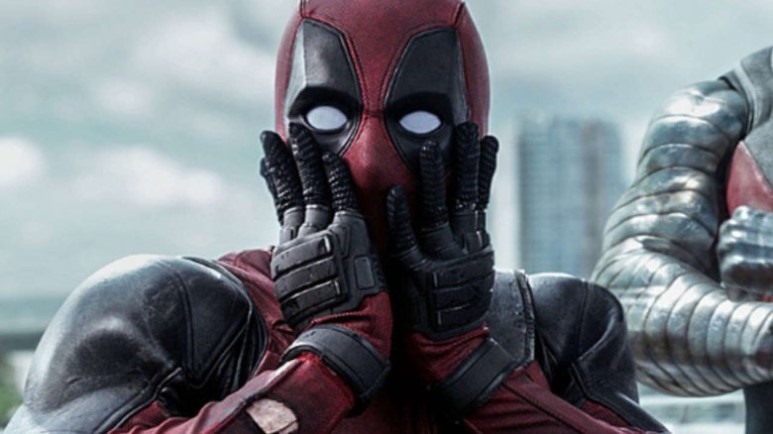 The Greatest anti-hero of all time, the merc with a mouth may come off as annoying to those around him, but to us on the other side of the forth wall of our screens or comic panels, he’s the best thing we see, no matter what he’s doing. Sure, he may not be your typical ‘superhero’, but that doesn’t stop him from charging in to save the day to helping out whatever hero team happens to be near him. But seriously, who wouldn’t want to share a chimichanga with this guy? 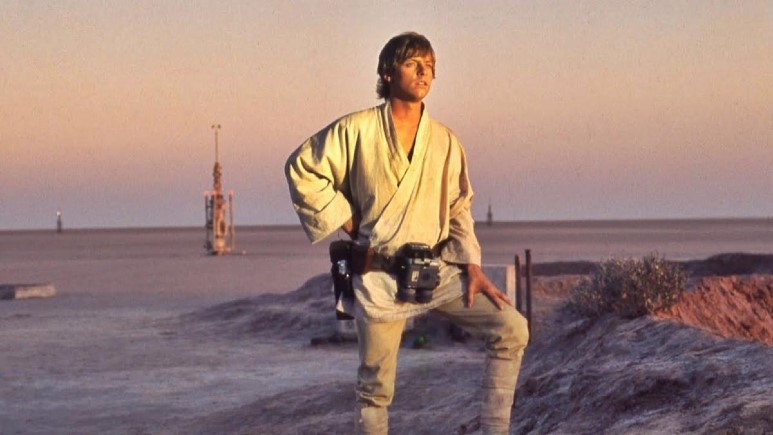 “I am a Jedi. Like my father before me.”

Destined to save the galaxy a long time ago before he was born, a young man from the sandy planet of Tatooine learns of his destiny, and his family history, as he joins the rebels in their fight against the evil galactic empire. From blowing up the planet-destroying Death Star, to becoming a Jedi and learning the ways of the force, and even discovering the truth about his family, he stands among them all as the ultimate symbol of hope in a galaxy corrupted by the dark side. 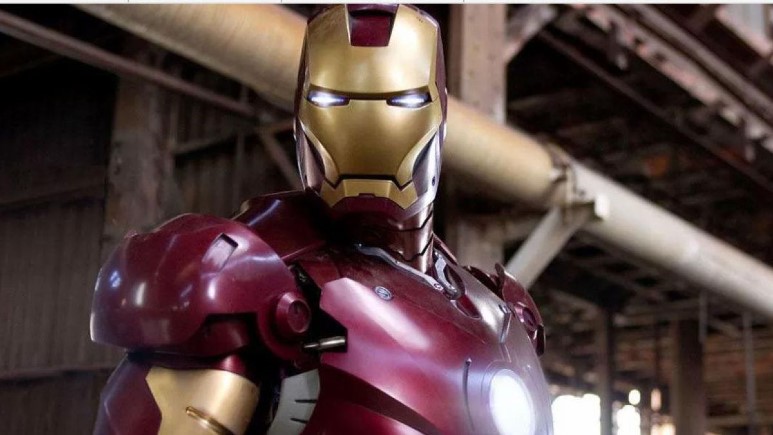 Genius. Billionaire. Playboy. Philanthropist. Avenger. Hero. Tony Stark. This self-made hero goes by many names, but none are as iconic as the one named after the armoured suits he wears. From his early days as an asshole who made military weapons, to learning the hard way that what he was doing was wrong through a life-threatening injury, Tony realises that he had the potential to do some good for once in his life and for others too. And in style too. And maybe with some AC/DC thrown in as well. 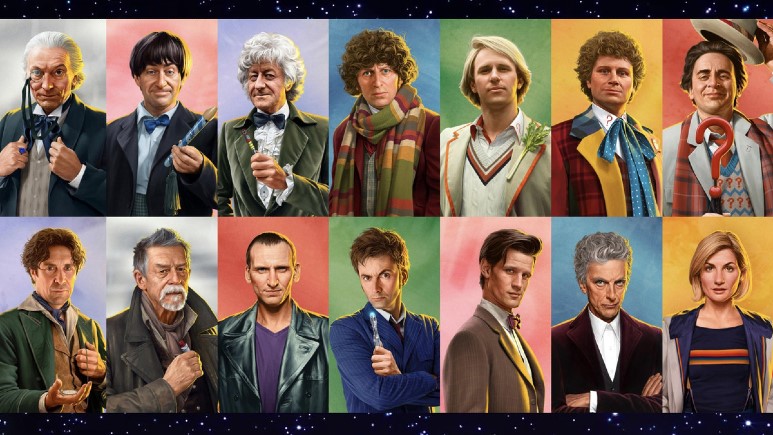 📷: The Doctor (Doctor Who TV Still)

Regarded as the galaxy’s last hope against absolute evil, the semi-immortal, time traveling, face-changing, human-looking alien has stood the literal test of time against countless galactic threats to his/her adopted home planet of Earth and the whole universe in its entirety. With thousands of years of experience, and millions of feats of bravery, compassion and heroics, The Doctor will always be there to save the day, no matter what or when that will be. 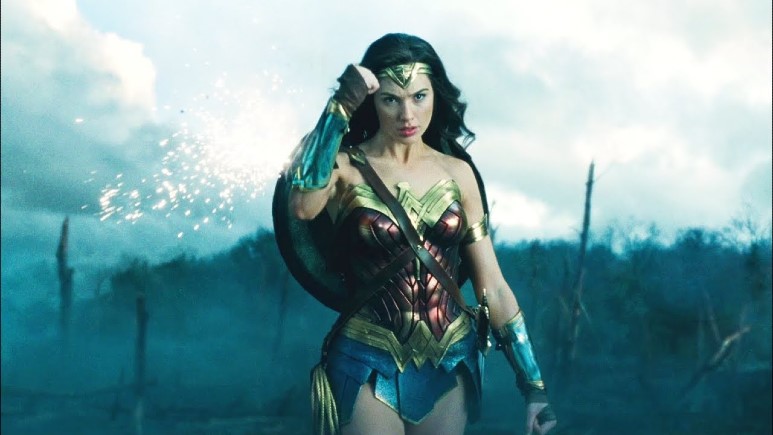 A true example of girl power, this amazon princess stands among the legends of the superhero genre. Despite the ‘semi-erotic’ backstory that led to her creation, she remains a figurehead and inspiration for many more female superheroes to enter the genre. And yet despite her upbringing as an amazon and the literal daughter of Greek God Zeus, she is able to relate herself to those around her in her quest to bring peace and love to everyone. Unless you’re one of the bad guys, in which case she’ll make an exception. 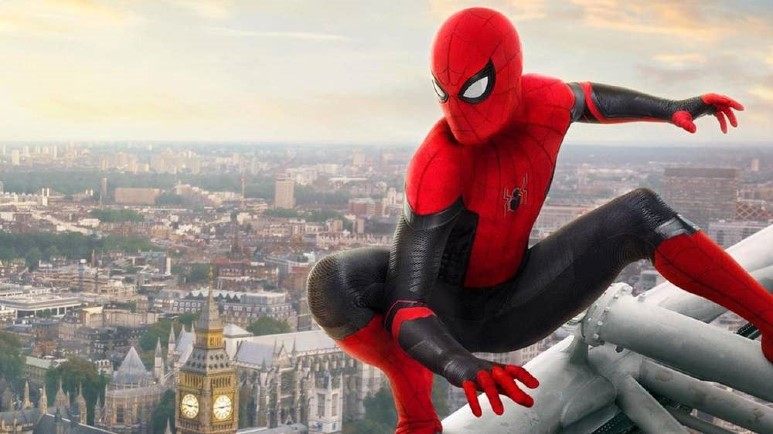 The most easily-relatable out of all the superheroes, this friendly neighbourhood Spiderman is beloved my many and hated by a rogue’s gallery of villains and newspaper publishers. His compassion for his friends, family and the city of New York is limitless and this is shown as he swings through the city with his webs, waving to those around him as they wish him good luck with whatever he’s doing. 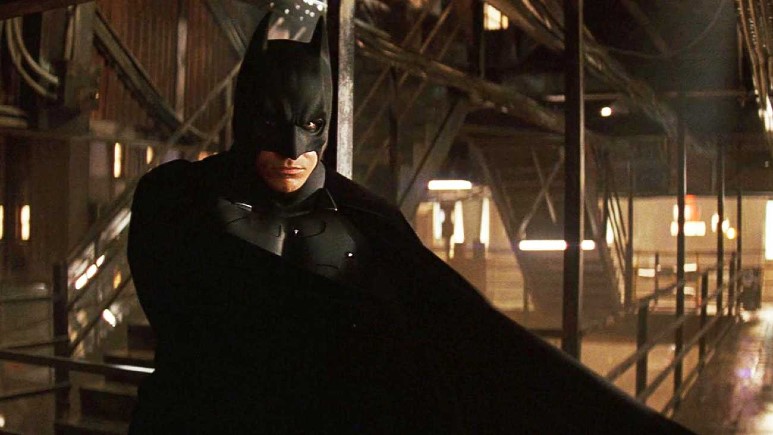 Well, well, well. If it isn’t the world’s greatest detective. Despite having no superpowers of his own, Batman stands among the most popular superheros of all time as one of the greats, and could easily take them down if he has to. With an endless supply of gadgets, and intellect and feats calculated beyond human comprehension, he’s able to fight for the city that he loves, all while upholding a moral code that not every hero can uphold with much success in their lifetime. But when all is said and done, there is no greater hero out there than the Goddamn Batman!

And if there’s one honourable mention I’d like to mention, it’s you, dear reader. Now, like the heroes I’ve mentioned before, go out there and make a positive impact on the world. 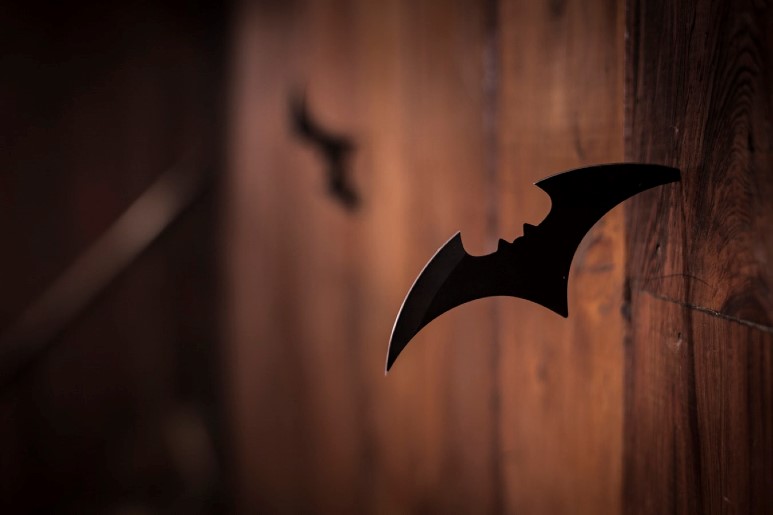 Written by Adrian Colby on Wednesday, 31 March 2021. Posted in Word on the Street, A Little Birdie Told Me , Arts & Entertainment, Latest News, Movies 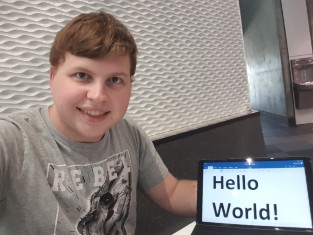