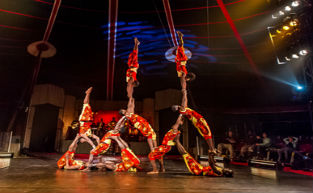 Escape the rain this week and bunker down in a few of Brisbane's hottest bars for an epic feed and casual pint or two (or ten). If the wet weather doesn't dampen your mood, throw on your poncho and wander the streets of Teneriffe this weekend and find yourself a couple of delicious buns to chow down. Just be careful though - there's been sightings of creepy clowns and African animals running around town this month..

One step forward, two steps back 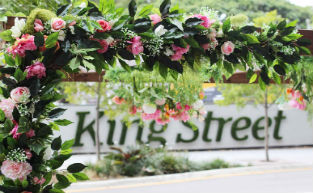 Oh Brisbane, you really are something. On one corner, you can take us back in time with your beautiful, heritage listed buildings and on the other, we can feel like we've zipped into the future with your impeccable architecture and modern flair. We love being able to jump between the two so easily and we're totally spoilt for choice with outdoor cinemas to classic picture houses, historic pubs to seasonal pop-up bars and everything else in between. Whatever the mood, Brissy's got you covered. 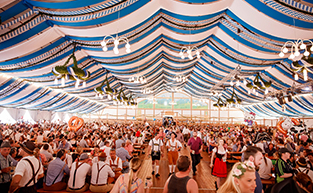 Beer, check. Pretzel, check! A bite of juicy knackwurst coming right through… This Oktober, don your Dirndl and Lederhosen, and join in with the German community as they flock together to commemorate their dearly cherished tradition.

A travel list that'll put your ditchers to shame 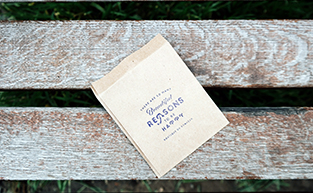 FOMO No More: Time to Turn the Tables

Our dear flock, potential FOMO moments are about to be your best friend. Read our lips – best decision ever. Wish to get ditched, and hitch a ride to beautiful parts of Queensland where you’ll be met with amazing views, eats and treats. No more fear of missing out, we’re going to blast that right out of the sky and ensure you get the last laugh.

Prepare Your Car for a Cross-Country Road Trip in Australia 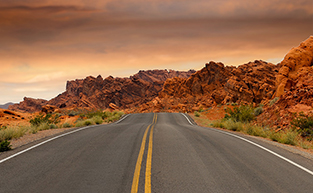 Planes may be fast, but if you really want to experience Australia, you're going to want to hit the road. So much of Australia's landscape and culture is missed by quicker forms of travel, which makes road tripping not only the most affordable, but hands down best way to see this beautiful country.

As you might imagine, traversing Australia requires a special set of considerations. Coast to coast, you’re going to encounter some of the planet’s most diverse terrain and varied weather conditions. Before you head out on this adventure of a lifetime, here’s a few tips on how you should prep your ride for road trip success.

Chow down with Ryan Reynolds

When popcorn and mnm's wont cut it! | Blue Room Cinebar 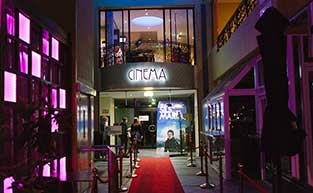 For when the basic option of popcorn and mnm's wont cut it we recommend a trip to Blue Room Cinebar, their great prices, delicious food and awesome movie options have us wondering why you haven't got your ticket yet! 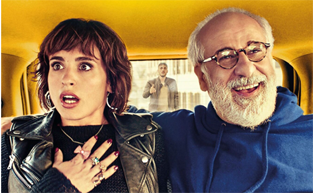 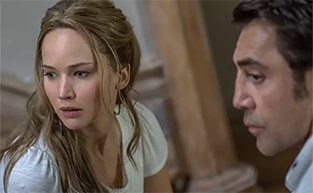 Your guide to a stress free festive season! 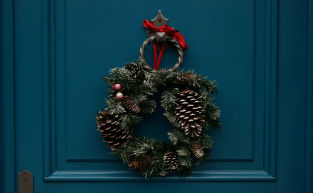 Can you believe it? We can't! How is it that the festive season has crept up on us so fast! Don't fret we've got a list of the best shopping opportunities, festival activities and festive dining! 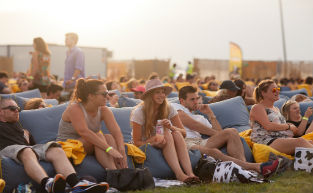 The warmer weather welcomes the desire to be out in the open air, soaking up the sunshine in the day and laying under the stars at night. We find ourselves taking in every last minute of those golden sunsets, before settling into a balmy evening. If you're not basking in a park somewhere, chances are you're either at your local watering hole or chilling at the Open Air Cinemas in South Bank. If you haven't been, be sure to put it at the top of your Spring bucket list. 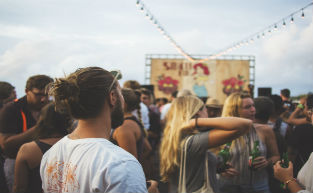 Spring is here, it's time to kick off your boots and heavy coats, play some music and put on something a little more comfortable... To celebrate the return on the warmer months we've put together a list of some must-do spring festivals this season!

Bao Down at Junk Asian

A Paradise of Moreish Street Eats 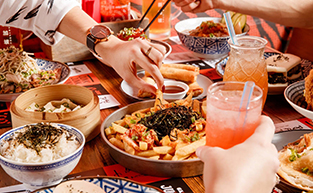 Time to get drunk on Junk, at one of Brisbane’s hottest new Asian eateries in town. Dishing out a wondrous spread of cuisines that seeks to tantalise tastebuds and titillate one’s senses, Junk Asian hoards a boatload of yummy bites that will leave you captivated – just take it one wing at a time. Mothers worldwide, we see your nods of approval.

Time To Get Your Keg On 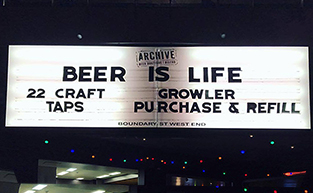 Beer fanatics, here’s one for you! Stocked with over 400 types of beers, Archive Beer Boutique is your essential go-to when you feel the need to gorge yourself on a pint or two. Read our lips (or words, in this case) – it’s a need, not a want. 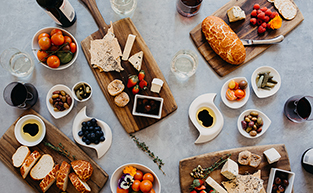 Holy cheeses! The Cheese, Wine & Hops event is on again in the courtyard. Back by popular demand, Treasury’s Hotel Courtyard will once again play host to a night of indulgence, flavour and frivolity on Friday 15 September. Following a sold-out cheese and wine trail earlier in the year, the second instalment will delight Brisbane Foodies with an expanded offering sure to entice a refined palate. 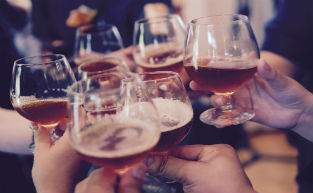 If you're stuck for ideas on how to spend your Fathers day we've got you covered! From cafe options to river dining we have our top picks to feast this Fathers day!